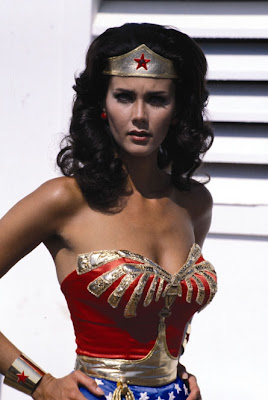 This is what I look like with long hair.


Alrighty. Where do we start?

Let's start in 7th grade, shall we? I was a whiz in math. I wasn't a prodigy by any means, but I really enjoyed math. I made straight As. In 8th grade I believe I made As and Bs. In 9th grade geometry, I started having terrible headaches. Very painful and only in math class. I think I was getting Bs and Cs as far as grades went. I'm guessing we attributed it to sinus issues, which we had enough of. In 10th grade Algebra II, I kept having headaches. I eventually started seeing double. Not fun when your lockers are 8" wide. Steps were interesting, too, lol. After telling one of my teachers I couldn't do the homework the night before because I was seeing double, he made fun and said he's seen every color in the rainbow and he was colorblind. Smartass, butI can see where he was coming from. It was a pretty original excuse for not doing homework. :)

I started throwing up shortly after and was treated for the flu. My mom and step-dad plied me with water to "flush" the germs out. Water was not my friend. :)

On December 2nd, 1987, I went back to my former pediatrician and he immediately ordered a CT scan. It came back showing a tumor the size of a tennis ball. We drove the 2.5 hours to the University of Virginia hospital and I was admitted through the ER. It was just my Mom and I and we sat there for HOURS.

Long story shorter, I had most of that tumor removed and it was found to be benign. Just after graduation from high school in 1990, I had surgery June 29th for the removal of a golf-ball size tumor in the same spot. I'm assuming it sprouted from the original.

I was then off to college at Wheeling Jesuit in the fall of 1990. Shortly after arriving, I discovered my forehead/temple area was a little squishy. After checking in with my aunt's neurosurgeon, we discovered I had an infection from the previous surgery in June. I immediately (same day) traveled back to UVA from Wheeling, WV to have surgery again. The docs cleaned me out and left a 3x3" or so piece of bone out and I had to wear a helmet. College kids aren't near as kind as I'd assumed they would be, so I had to write "SURGERY VICTIM" across the front to keep from getting odd looks. I think they all thought I was missing my bike or something. :) It made for fun tricks with my brain though. I could put my hand over my softspot and hang my head upside down. This created a sinking of my brain into that spot, which grossed out many a fellows. In early January of 1991, I returned to have the bone put back in place.

Fast forward 7 years and a new surgeon in Roanoke, VA, 3 hours away. I was sick of seeing residents at UVA and getting rude remarks as far as radiation exposure. My now-husband and I were moving in to this house and I had called my doc to let him know I'd been feeling this needle-like sensation in the top of my head. He tells me to get down to Roanoke ASAP. I was in the-hold-your-horses-doc mode, but relented and headed to Roanoke anyway.

This would now be surgery number 5. Turns out UVA must have wired me back together with twisty ties when they put my bone flap back in. Bone flap. Doesn't that sound awful? Seems like there should be a hinge or something on there. Seems a twisty tie was poking through my scalp, creating the needle-like sensation and poking into the top layer of my brain. Anywho, my new doc took the bone flap out again and left another sink hole for a few months. Again. I went back and he put in a piece of methomethacrolate (sp?), which he said could survive an atom bomb. Which does me how much good? Here's another possible spelling and definition. After inserting my new jack-o-lantern (to prevent shifting) shaped faux bone flap in out-patient surgery, he tied it and my skull back together with silk, to prevent it from poking into my brain/scalp again.

After the last one was an out-patient surgery, I asked him to just install a zipper for office visits. He wasn't going for it.

I still have MRIs every 2-3 years as a precaution in case anything decides to turn malignant. I've been very blessed so far, and not had anything more than surgery. As much as I would love to grow my hair out, I keep it short. I'm sort of superstitious about it, since it seems like I get it all shaved off if I try to grow it out, lol.

I hope this explains some of what you may have been wondering. If you have any questions feel free to ask. I'm an open book.

As for the math mentionings earlier, it turns out that was a sign. I wasn't able to process the math problems as I had before with a tennis-ball size tumor taking up residence. Who knew?

Hard to believe it's been 21 years and a day.

Wow. Thanks for sharing, and congratulations on the milestone!

Holy Cow, woman! You are one tough cookie. I am so glad everything was benign but also sorry you had to go through so many surgeries.

I'm hardly a tough cookie Dingo. Actually, I consider myself quite the wus. I do have to say these surgeries changed my perceptions of people with disabilities around. I went from making fun of people at 15 to being made fun of. Not such a pleasant experience. Now I realize there may be a reason for someone acting or dressing or looking the way they do. :) Of course, there are the ones who have NO medical excuse. LOL

Oh my Lord. I'm glad that it was benign and that you are ok. What an amazing story.

Hey, Guys, she is one tough cookie, but don't give her too much rope. Among her other talents are teaching her mom counted cross stitch, becoming a super seamstress, quilter, stitcher, and knitter and crocheter becoming. She's a great Mom and a wonderful DD.

OMG Jenny! What an amazing testimony you have! GOD must have a wonderful plan for you. We didn't know each other very well in school, and it sounds like you had one heck of a time. Isn't it a shame at how cruel kids can be towards one another. Thank you for sharing your trials and tribulations with me. I know it must've been (still is) hard for you.

Hey Friend! I knew you had been through a lot, but I never knew it was quite that bad! I'm so glad we're back in touch, & I need stories like yours to keep my little crises in perspective! Take care!

You know something Jenny - you are truly remarkable.

I have no doubt that your awesome sense of humor has played a large part in getting you through all of this.